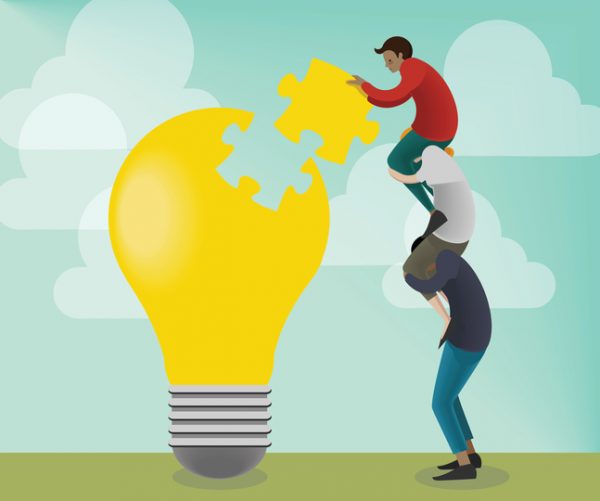 To start a post with “technology has radically altered many industries” feels almost remedial in this age of unprecedented digital transformation. Still, it’s worth noting that not all industries are so quick to embrace innovative new technologies. Surprisingly, healthcare is one of the more difficult sectors to make inroads for emerging tech startups.

The complaint is far from novel. HBR made mention of it back in 2006. In their report, they revealed significant barriers to entry in six key areas: players, funding, policy, existing technology, customers and accountability. Despite so much changing in the past decade-plus, so little with respect to hurdles to clear have changed with the times.

Now as then, the challenges that healthcare technologies face in product development, deployment, and scaling are substantial. Let’s focus on problems, old and new, that inhibit innovators’ ability to … well, innovate.

Even if innovators do have access, they’ll often find that people just don’t want to “go first.” Whether these people are busy, risk-averse, overwhelmed by similar requests, conditioned to say no, or lacking a compelling reason to say “yes,” they’re often not available.

Understanding the dynamics from a political, operational, and financial perspective requires extensive immersion in these roles that could take a lifetime (or deep rolodex) to cultivate, and if you’re developing technology that relies upon obtaining large datasets —such as in AI or ML—it can be extremely difficult to gain access to those, too.

Pilots and Implementation are a Minefield
While consumer technologies can occasionally be challenging to pilot or implement, healthcare technology implementations face a myriad of unique regulatory, legal, political, financial, emotional, and workflow challenges.

Developing technology requires the ability to test the technology in environments that are exceedingly difficult for a technology company to access. Successful implementations require a deep understanding of a multitude of perspectives, including a robust knowledge of change management within a complex healthcare environment.

Development environments within hospitals and health systems are at a premium. There’s limited pilot testing by users (physicians, nurses, hospital executives) in a live workflow environment with engaged and insightful feedback. Those pilot tests that get the greenlight must translate that testing across multiple healthcare environments (urban, rural, academic, community, non-profit, small, quaternary) before moving to testing methods of successful product and technology deployment across all users, customers, and stakeholders.

Nobody Wants to be Sold To
Selling technology into the healthcare setting is challenging. Hospitals, healthcare systems, and provider groups have spent considerable dollars on technology with little return and significant frustration. They’re tired and skeptical.

It doesn’t help that outside technology vendors have firmly established that they do not understand healthcare workflow, politics, stakeholders, customers, or financial incentives. Of course, this is not true of all outside tech vendors, but the sample size is large enough that they’ve developed a reputation.

Additionally, sales are received radically differently depending on if it’s the user, customer, or stakeholder within the organization who’s driving the sales process. For example: We’ve often heard entrepreneurs say things like “[EHR Software Provider] will only give me the time of day if I can catch a big fish who wants this. But on the other hand, the hospitals are telling them: come back when you’ve connected with [EHR Software Provider]”

Good Luck Getting Physicians on Board
Finally, physician services are difficult to recruit, credential, and manage for a technology company. Many technologies ultimately require physician involvement for either development or implementation. Still, it’s difficult for technology companies to quickly create the necessary infrastructure to recruit, credential, manage, insure, and compensate physicians in a way that meets state and federal regulations.

For instance, telehealth has traditionally not been something insurers will pay for, so while the video technology has existed for a decade and it would’ve been very easy for a tech company to build a good telemedicine platform, it has only taken off recently because insurance companies started reimbursing during Covid. The pandemic forced their hand, or else we might still be in the infantile stages of mainstream telemedicine adoption.

What Makes It Easier?
It’s a jungle out there. It helps to find a sherpa to navigate the treacherous terrain. Innovators can start by partnering with existing entities that already have robust access to healthcare expertise, distribution, networks and funding, along with demonstrated capability to conduct real-world pilots.

Innovating in the healthcare space isn’t easy, but it can be made easier by understanding the lay of the land or getting in touch with those who know it on the inside. That knowledge and network can help innovators get their products piloted, tested, vetted and properly fit in the market for maximum distribution to the physicians and patients who need it most.