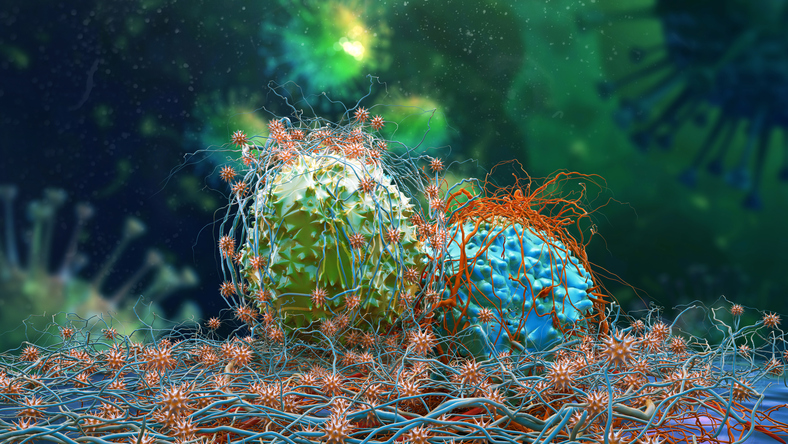 The biopharmaceutical industry continues to churn out new cancer medicines, and some of them work for awhile. Over time, cancers can develop resistance to old drugs and new ones, winnowing away the treatment options for patients. Spryo Mousses, CEO and co-founder of Systems Oncology, said his startup grew out of the desire to develop therapies that overcome this resistance and offer patients long-lasting treatment.

There are many pathways that lead to drug resistance—too many for a team of data scientists to identify manually, Mousses said. Systems Oncology uses artificial intelligence to analyze cancer genomes and mine datasets. The resulting insights point the way to potential new drugs.

“Once you understand cancer biology and where resistance comes from, then you can design drugs that have a more durable response,” Mousses said.

Systems Oncology was selected by a panel of judges as the winner in the biopharma track of the Pitch Perfect contest held at the MedCity INVEST conference. The Scottsdale, Arizona-based company calls its AI technology platform Expansive.AI. A single human genome has about 3 billion base pairs, Mousses said. Each of those base pairs undergo millions of changes as the genome evolves. The Systems Oncology technology looks across these millions of genetic alterations to learn what those changes do.

Systems Oncology was founded in 2015. It’s AI approach to drug discovery has yielded a pipeline of preclinical compounds, some of which have found their way into the hands of larger pharmaceutical companies via partnerships. The most recently announced deal covers a small molecule that was licensed to Bayer for development in breast cancer. Systems Oncology has also developed an oncolytic virus that Mousses said is partner ready.

Small molecules and oncolytic viruses are part of the landscape of treatments available for cancer. The effort to overcome drug resistance has led Systems Oncology to develop a new type of drug that employs multiple mechanisms of action. This oligonucleotide RNA therapeutic comes from a technology that Systems Oncology dubbed Arromer.

The RNA therapies from ArroMer come with four components. Two are aptamers, oliognucleotides that bind to a target. The other two are small interfering RNA (siRNA), which employ a mechanism sometimes referred to as gene silencing—they stop a gene from producing a disease-causing protein. The Arromer technology enables Systems Oncology to bioengineer a drug that can hit multiple targets simultaneously.

“That, we believe, is the key to controlling resistance and maintaining long-term durable response,” Mousses said.

To date, Systems Oncology has raised about $68 million in private financing and payments from its partnerships. Mousses has set a goal of advancing six programs to clinical proof of concept within the next five years, an ambitious plan that will require substantially more capital. Systems Oncology could raise that money by going public. Mousses said that he is aiming to raise $50 million in a crossover financing round, followed by an IPO targeting another $150 million. Though Systems Oncology is exploring a traditional IPO, Mousses said another option is a merger with a special purpose acquisition company (SPAC).

“You can hit undruggable targets and you can do multitargeting,” he said. “We’re evolving to become an RNA therapeutics company.”