The death of a major brick-and-mortar electronics retailer might lead to the birth of a new, nearly two-million-square-foot office complex in San Jose. Plans were revealed last April to demolish the giant, temple-shaped Fry’s superstore — which at the time was not yet closed and which served as the now-defunct San Jose-based company’s headquarters — and replace it with a campus of seven 135-foot tall office buildings. According to the Mercury News, the project now faces a major step in the city review process, which includes the preparation of an environmental-impact report.

“The project proposes to demolish the existing Fry’s Electronics building and surface parking lot [at 550 E. Brokaw Road, near downtown San Jose] and construct seven eight-story office towers in an office campus design,” San Jose planning files said. Construction is slated to begin in October 2023, and could take until 2031 to complete, the Mercury News reported. Planning documents show that the office buildings will contain an array of “gathering areas” for employees working on the campus, including outdoor terraces on the seventh floor of each tower. Also, the buildings will be configured around pedestrian streets, and will ultimately total 1.92 million square feet of office space. 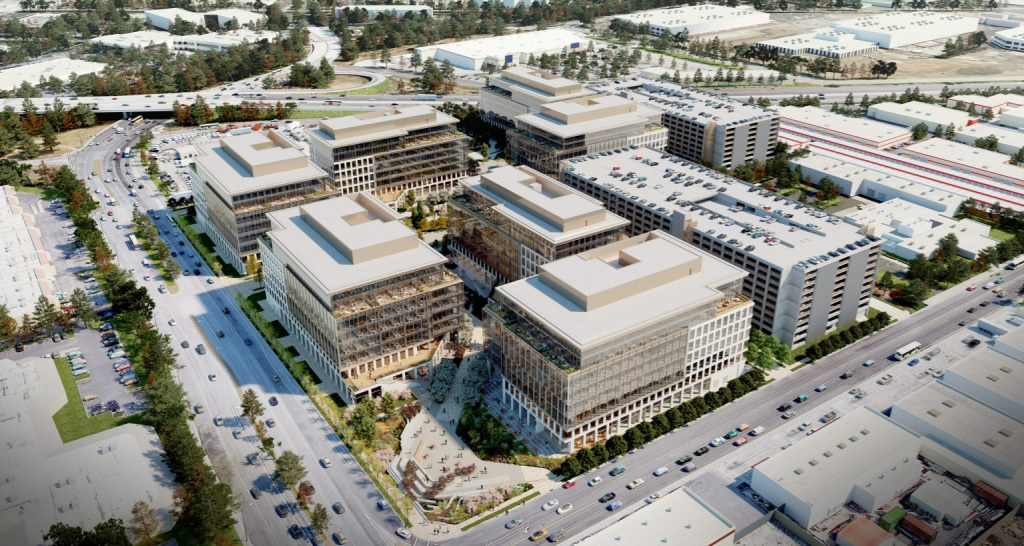 An artist rendering of the proposed 1.92 million square foot campus of office buildings set to be built near the site of the former headquarters of the now-out-of-business Fry’s electronics chain. Source: Gensler

Phase 1 of the project, which could begin in two years, would include the Fry’s demolition and the construction of two of the seven towers.

Many Bay Area tech nerds and gamers were devastated by the loss of Fry’s, which happened slowly and then all at once in the last few years.

With the pandemic decimating in-person businesses and creating yet another hurdle for already-struggling retailers — and all the while creating a greater market foothold for online vendors — Fry’s announced in February that it was fully shutting down operations, as the New York Times reported. “The retailer, which built a cult following on the West Coast but was unable to compete with the rise of Amazon, blamed the shutdown on ‘changes in the retail industry and the challenges posed by the COVID-19 pandemic,'” the Times said.

That announcement came after a year in which multiple Fry’s locations had already gone dark, including the Campbell store that shut down in November. 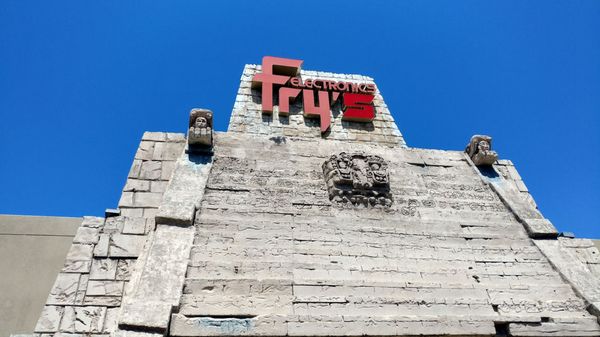 The Mayan-temple-themed Fry’s superstore in San Jose is now a monument to obsolescence. Source: Yelp

Founded in 1985 by the three Fry brothers, the namesake chain once had 31 stores in nine states, and was created to “provide a one-stop-shopping environment for the high-tech professional,” the Times quoted Fry’s LinkedIn profile as saying. Fry’s was also famous for its elaborate store themes, and as the Times wrote, “The stores ranged in size from 50,000 square feet to more than 180,000 square feet, each stocked with an eclectic assortment of gadgets and parts. Its location in Phoenix had an Aztec temple, for instance; its store in Burbank, was inspired by 1950s science fiction movies; and the Fry’s in Woodland Hills, California, was a page out of Alice in Wonderland, decorated with figurines as tall as 15 feet of the story’s characters.” 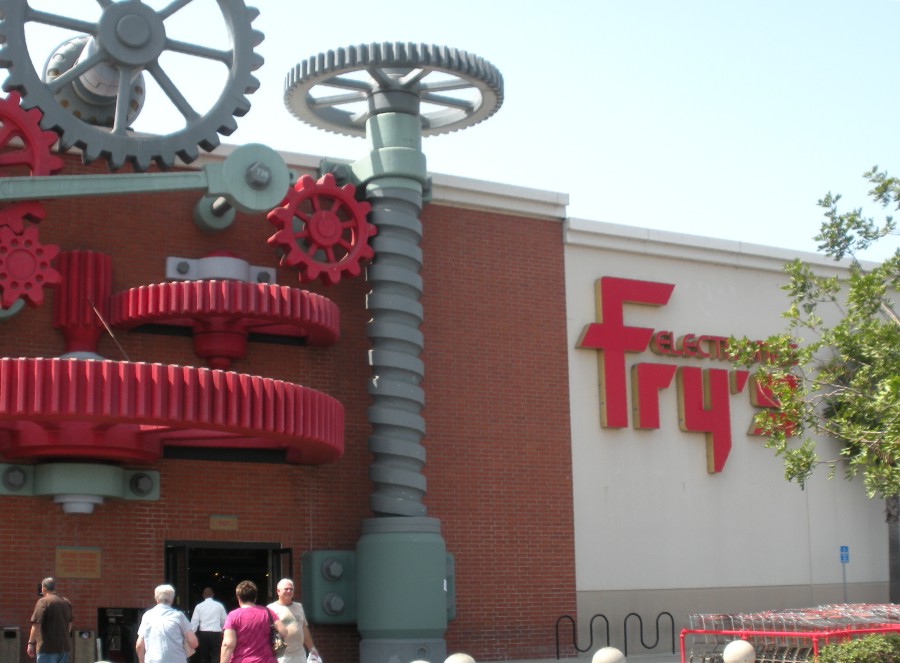 Another decorative Fry’s store in the City of Industry, near the San Gabriel Valley, in Los Angeles. Source: Wikipedia

The San Jose headquarters “[paid] tribute to the first astronomers, the Mayans, with settings from Chichen Itza, complete with a massive temple at the entrance, palm trees between shelves and hidden speakers that play the sounds of birds chirping through the parking lot,” as SFGate wrote. Meanwhile the Fremont store mimicked the 1893 World’s Fair, where a Tesla coil at the center of the store fired off every hour; the Sunnyvale store featured the history of Silicon Valley; and the Palo Alto store was themed on the Wild West.