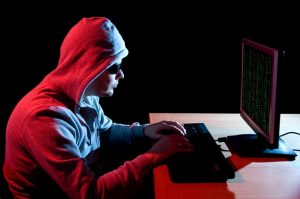 We warned that this was likely back when Google announced plans to phase out third-party cookies in Chrome (something all the other major browser makers had already done): that this would be used to attack Google as being anti-competitive, even as it was pro-privacy. Privacy and competition do not need to be in conflict, but they can be. And what’s happening now is that more sketchy ad companies are abusing the constant drumbeat and fear over “Big Tech” to attack privacy protections — but that behind the scenes story is getting missed as people are more focused on more breaking news about how Google has decided to push back its move on 3rd party cookies for two more years.

Issie Lapowsky, over at Protocol, has a must read story on how sketchy ad and data brokers have crashed the W3C, riding a wave of anti-big tech feelings to push for worse solutions for everyone as it comes to privacy (of course, Facebook is on the wrong side of this as well — it’s basically all the sketchy companies and Facebook against all the other companies). It’s quite a story.

On one side are engineers who build browsers at Apple, Google, Mozilla, Brave and Microsoft. These companies are frequent competitors that have come to embrace web privacy on drastically different timelines. But they’ve all heard the call of both global regulators and their own users, and are turning to the W3C to develop new privacy-protective standards to replace the tracking techniques businesses have long relied on.

Much of the story focuses on James Rosewell, who runs a “data analytics” company, and joined the W3C apparently just to throw a wrench in any real effort to beef up privacy protections as a core element of the internet.

Rosewell has become one of this side’s most committed foot soldiers since he joined the W3C last April. Where Facebook’s developers can only offer cautious edits to Apple and Google’s privacy proposals, knowing full well that every exchange within the W3C is part of the public record, Rosewell is decidedly less constrained. On any given day, you can find him in groups dedicated to privacy or web advertising, diving into conversations about new standards browsers are considering.

Rather than asking technical questions about how to make browsers’ privacy specifications work better, he often asks philosophical ones, like whether anyone really wants their browser making certain privacy decisions for them at all. He’s filled the W3C’s forums with concerns about its underlying procedures, sometimes a dozen at a time, and has called upon the W3C’s leadership to more clearly articulate the values for which the organization stands.

His exchanges with other members of the group tend to have the flavor of Hamilton and Burr’s last letters — overly polite, but pulsing with contempt. “I prioritize clarity over social harmony,” Rosewell said.

Rosewell and his companions are leaning hard on the idea that if privacy is actually protected, then only Google, Apple, and Microsoft will control the internet. But that’s bullshit — and thankfully, the privacy-focused browser Brave has people willing to call it out as such:

The article also notes that these more sketchy data brokers (and Facebook) are not just looking to derail the more privacy protective approaches of the browser makers, but to create new standards that would enshrine the surveillance aspect of the web. And, again, they’re playing on the general sentiment against “big tech” to try to push that across.

That’s only the beginning of the article, it then goes into great detail on the history here (including the fight over “Do Not Track”), and how Rosewell and his colleagues are trying to throw sand in the gears of the W3C to basically wipe out any real movement towards better standards on privacy. And also how Facebook is quietly cheering on Rosewell and folks.

It may sound like a boring and wonky discussion, but it’s hugely important for understand the future of the open internet and privacy, and how competition questions are impacted by these things. All of this is important, but the various things — privacy, competition, content moderation, etc — are often looked at as separate buckets. But bad choices in one will inevitably impact the others as well. For those who care about privacy online, this story (which goes into a lot more detail) is a must read.

Tenth Circuit: No Immunity For Cops Who Protected An Abusive Fellow Officer Right Up Until He Murdered His Ex-Wife
Fifth Circuit Sends Anonymous Cop’s Lawsuit Against Protest Organizer To The State’s Top Court, Suggests Getting Injured Is Part Of The Job
Exactly Right: ‘You’re Not Entitled To A Platform, Boomer.’